Which Calculator is Best for You?

​Graphing calculators are used in most mathematics classrooms. ​Figuring out which model ​that your child needs depends on a couple of things: 1) the level and/or math subject being studied, and 2) which one is required by their teacher. ​There are several brands that are commonly used such as Texas Instruments, Casio, and HP with TI being the go-to choice for Texas classrooms. I will provide you with some general information ​about several different models that I've used in my classroom over the years, the pros & cons, and what I believe to be the best choice for each level of mathematics. Not only was I the oldest student in my college calculus class, my calculator was ancient too."

What is the purpose of a "Graphing" Calculator?

From my experience, graphing calculators help kids to "see" math and understand the "how's and why's" of what is happening in a given calculation. Visual representations of math allow students to quickly grasp the meaning of many confusing terms such as transformation, plane, secant line, asymptotes, slope, intersections and so many more. We all know that today's generation of students learn ​through visual methods and a graphing calculator is a powerful tool that can help erase confusion and foster conceptual understanding.

What does the research say?

​There are numerous interesting studies that have been conducted on the use of technology in the classroom. Much of this research was published in the early 2000s when integrating tech into the classrooms was a new trend.  I have included a selection of readings should you want to explore the topic a little further. I thought this ​snippet from a paper published by a research group from Michigan State University titled "Handheld graphing technology in secondary mathematics" in 2002 ​was a good read. ​I must note here that this particular study just happened to be sponsored by Texas Instruments. The following is a sample from their findings:

"One study found, in general, that students using handheld graphing calculator technology and a text that supported its use had a significantly better understanding of function than students in traditional classes. Specific findings about students’ knowledge and skills included the following: students using handheld graphing calculator technology were better at selecting appropriate dimensions for the axes when graphing functions, preferred graphical representations of functions for problem solving, exhibited a dynamic notion of function, and were better able to develop representations of whole graphs of functions from partial graphs."

​Further reading of similar research can be found at the following links:

My school provides a calculator.  Do I still need to buy one?

I am a firm believer that all math students need a graphing calculator to use outside of the classroom. To learn math, one needs to practice it regularly. Football teams and bands don't show up to the game on Friday night without hours and hours of individual and group practice. ​If players haven't put in the work and mastered the needed skills, then the coach doesn't put them in the game. Players can't go onto the field without understanding how the game is played and memorizing the playbook.  It's the same for math; students must practice.  I often tell my students and their parents that learning math is like learning a foreign language. Once you understand the symbols, terminology and rules, it's not really all that hard. Don't know the rules?  It can be brutal and frustrating.

​Now back to whether you need to buy a graphing calculator. If your school district assigns a calculator to students to use all year long in and outside of the classroom, then you probably don't need to buy one. On the other hand, many schools only have a classroom set and not one for every student. In that instance, yes, you will need to purchase or borrow one to use.  I often hear from students in advanced high school classes such as AP Calculus, "my teacher never lets us use a calculator." And I always answer with ​"Even at home?"

A graphing calculator greatly aids in independent learning and investigation of math concepts.  ​Students that have a calculator to practice problems and investigate the behavior of functions develop a deeper understanding of the math they are working on. You may ask if I have a citation link to back that up...nope. It is based soley on my ​experience in and out of the classroom working with hundreds of students.

​Calculator use on the ACT, SAT, and AP Mathematics Tests

​​College entrance exams and exams for credit have very specific guidelines for the use of graphing calculators during ​the test. Here are a few links to help you find the most updated information for each test:

When I went back to college to earn a mathematics degree and teacher certification, the hours that I had previously earned in mathematics were deemed too old to be used. I was in my early 40's and by far the oldest student in most of my classes. ​

During the first test in Calculus, I watched as one by one, all those twenty-somethings finished the test and went on their way. I kept thinking to myself, "there is NO way that they wrote out all of those calculations in that short of a time."  Well, the joke was on me. I ​did not use a calculator; they used TI 89s that had CAS abilities that basically did the work for them. Oh, they had a big old laugh at my expense!

Now understand, that my professor was ​very pro-technology which is not the norm. I couldn't get to the store fast enough to buy one. I named my bright, shiny new friend "Auto" because he automatically saved me hours of tedious handwritten calculations on my exams. ​

​And finally, a word from an old teacher about today's kids using calculators...

​As stated early in this article, I am a big proponent of graphing calculators as a learning tool. That being said, too many students use them as a crutch and as a replacement for actually learning and understanding mathematics. I was shocked my first years in the classroom at how many of my high school students could not add, subtract, multiply or divide without a calculator. Sadly, I am not talking about difficult calculations, but simple tasks such as multiplying single or double digit positive numbers.

Graphing calculators definitely have their place in the study of mathematics and my recommendation is to buy the one that matches the level of math being studied and is recommended and used by the instructor.​ 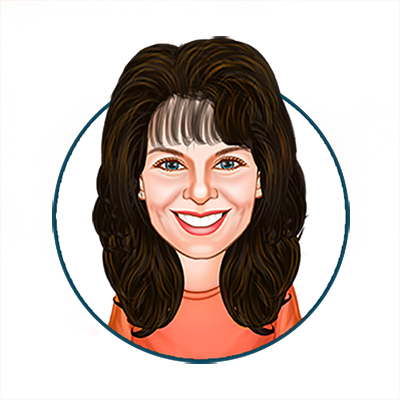 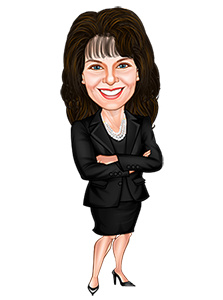